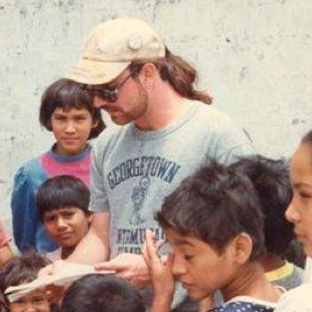 Kevin Marinacci is the current CEO of Fabretto.

Kevin has played an integral role in Fabretto’s evolution and development from his first visit to Nicaragua in 1989 as a Georgetown volunteer to his current role as CEO. He remains deeply committed to the meaningful relationships that Fabretto has cultivated over the past 60 years in communities throughout Nicaragua.

After Father Fabretto’s untimely death in 1990, Kevin assumed a leadership role in continuing the legacy of Father Fabretto’s lifetime of service to the poorest children in Nicaragua. Under his guidance, Fabretto has grown from group homes serving fewer than 300 children to an established organization that impacts over 12,000 children in Education Centers and schools throughout Nicaragua.