The Garden That Feeds a Family

Marina Rodríguez and Fabio Gómez have been married for 37 years. They have three children and now even grandchildren. Together, they all cultivate and preserve the family garden that has existed since before the marriage became a formal union and that, for more than two years now, they have been diversifying thanks to the seeds received through the Nurturing the Future project.

Before they started their journey together, Fabio was already growing corn and sweet potatoes. When Marina came into his life, they put their hands together to maintain the garden and take advantage of a new plot of land – an additional ​​1,250 square yards, not far from their home – to implement the cultivation of fruit trees and plants. 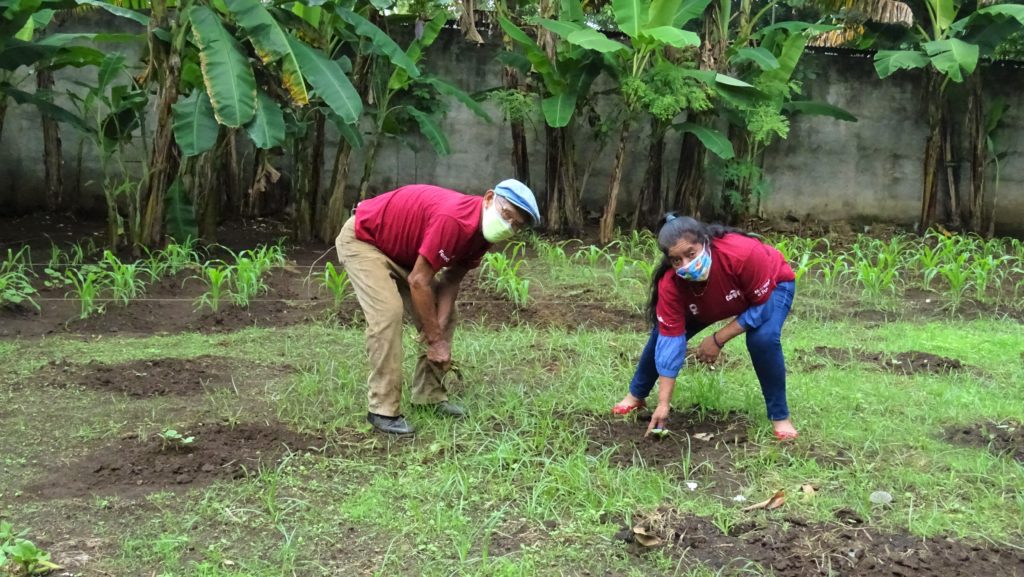 Two years ago, while Marina was participating in a food contest at the John Douglas school in the department of Masaya where her grandchildren attend school, she heard that a woman was delivering seeds there. She immediately approached her to talk to her and learned she was the promoter of the Nourishing the Future Project.

“I said: ´Excuse me, I would like you to get some seeds because I have a little piece of land and I would like to plant other types of seeds in it with my husband.´ The next time she returned to give a workshop, she brought me the seeds. The next day, my daughters and I woke up bright and early to plant them. Since then, we have harvested big, beautiful peppers,” Marina recalls enthusiastically.

In addition to the peppers, Marina received a spinach seedling that developed to the point that it looked like an immense curtain that covered the fence of the house.

Fabio, Marina’s husband, says that the project has encouraged them because everything that is produced is for the well-being of the family and now of their neighbors and acquaintances. Before, we always sowed corn and sweet potatoes but now they have given us squash seeds, cantaloupe, peppers, watermelon. The project has brought us joy as we see that the land produces what we need to supply the whole family ,” says Fabio.

Fabio saves seeds from everything that is grown in their land. He even provided the Nourishing the Future team with sweet potato tubers that were delivered to farmers in the dry zone of the country. 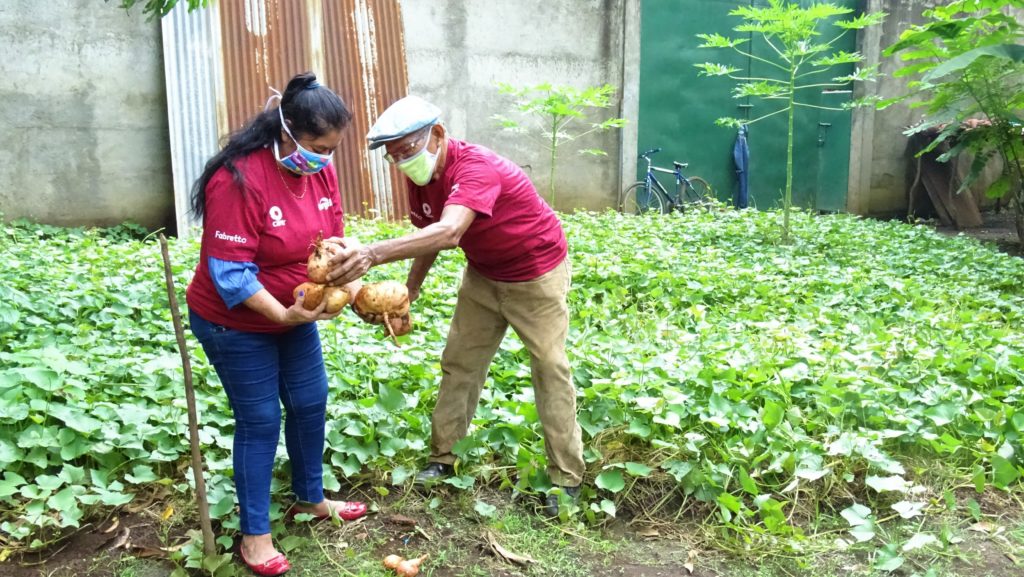 Taking care of the garden is not an activity solely reserved for the couple. Their children and grandchildren have joined in the project. Everyone knows that the spinach patties, candied sweet potatoes, sweet potato puree, fresh spinach, and other dishes that are prepared at home come from that piece of land.  They also know that the banana slices that are sold in the school cafeteria and that support the family’s income, also come from their garden, which has been in operation for more than a decade and has been growing a  wider quantity and variety of plants for the past two years thanks to the little seeds that the project gives them.