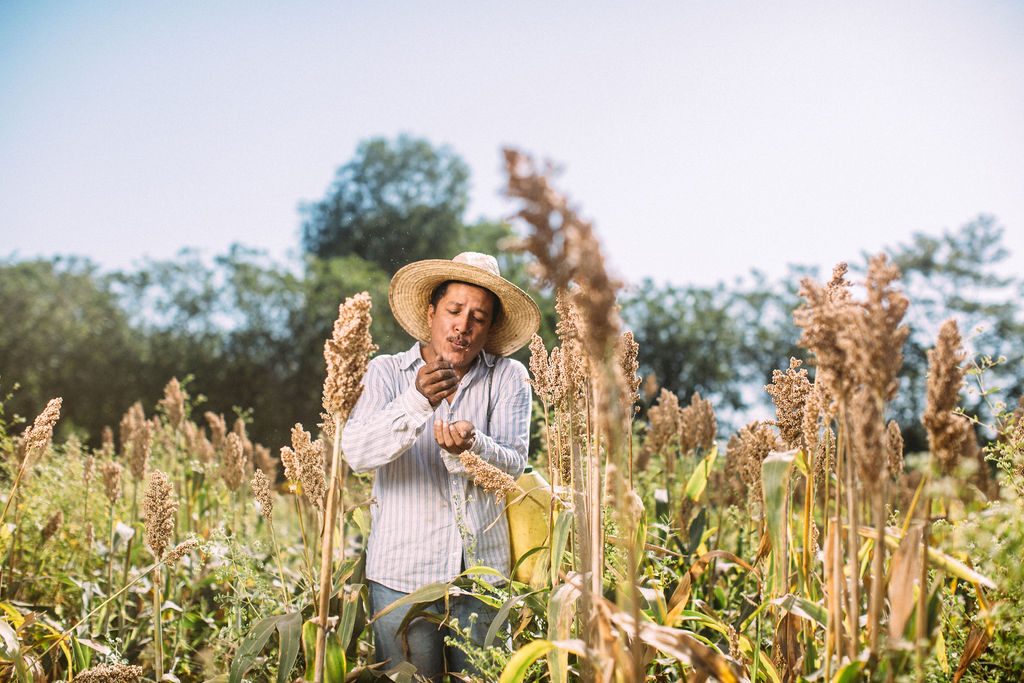 The burning sun of the city of Chinandega is blurred by a white haze formed by the ashes of the San Cristobal volcano, which has roared once more. This is not an unusual sight for grain producers who live in the skirts of this colossal volcano. Osmán Gutiérrez is part of the group of farmers who, thanks to the Nourishing the Future project, has managed to reap great benefits.

Before the arrival of the Nourishing the Future project, their income was smaller and the work was greater for many small farmers in western Nicaragua. “We planted little sorghum because it wasn’t easy to sell. At the time of the sale, the price they paid us per quintal was too low. We practically did not even recover the initial investment,” explains Osmán, who belongs to the San Benito No. 1 cooperative, of the village of San Benito in Chinandega.

“We were trained in organic techniques to attack the yellow aphid. That’s why there were no extreme losses, if not, who knows what would have happened.” 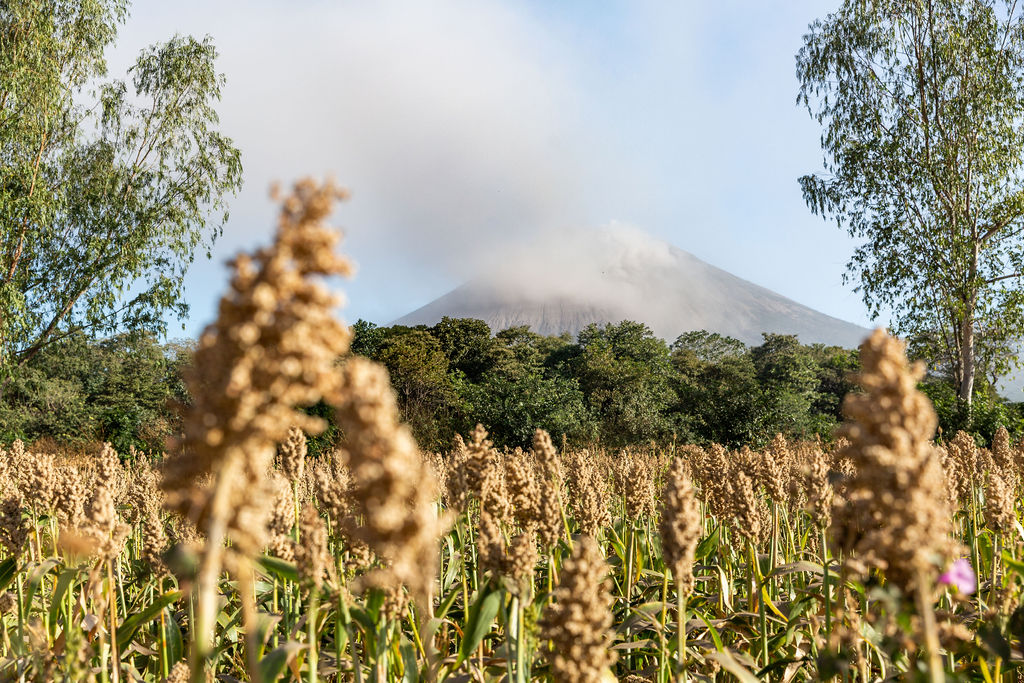 This reality soon changed, little by little, thanks to Cargill’s global Corporate Social Responsibility initiative, Nourishing the Future, which is executed by CARE in partnership with Fabretto in Nicaragua. “Several members of the cooperative ventured to plant sorghum with the support of CARE and from the first year, we saw good results because the product was sold directly to Cargill. Before, our intermediary paid us C$200 per quintal, but now, Cargill was offering C$362. The following year, we were obviously motivated to plant much more,” he recalls.

However, despite significantly improving his family’s income through a guaranteed sales relationship with Cargill, a benefit of the global corporation’s inclusive business model, a blow to Osman and his family arrived in the form of the yellow aphid. This plague has worsened as a result of climate change and mainly affects the dry corridor of Central America, to which Chinandega belongs. Many producers lost all or most of their harvest and with it, the main sustenance for their families.

“CARE trained us in organic techniques to attack the yellow aphid. They taught us to identify the insects that eat the aphid and to reduce the use of pesticides that could kill these important insects too. Thankfully, we had no extreme losses; if not, who knows what could have happened to my family,” recalls Osman, referring to the technical assistance workshops provided by Nourishing the Future and the agroecology faculty of the Autonomous University of Nicaragua in León during the first phase of the project. 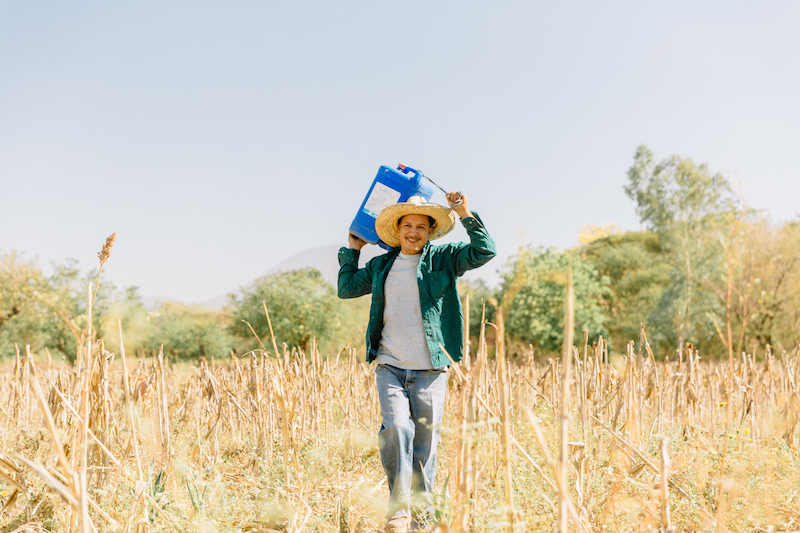 “We no longer depend on banks or other financial institutions because the cooperative now supports the producers.”

Establishing agro ecological measures to face climate change and guaranteeing the sale of sorghum to Cargill are just part of the successful formula that the Nourishing the Future project has implemented in the cities of El Viejo and Chichigalpa in the department of Chinandega. The associative strengthening is also a fundamental factor that has been driven by the project. The formation of a cooperative has not only allowed for greater and improved access to formal markets but also to significantly reduce the costs of planting with a seed fund that is managed by the cooperative itself.

“We no longer depend on banks or other financial institutions because the cooperative now supports the producers. In addition, now that we have organized as a consortium of cooperatives, we can purchase wholesale, reducing the cost of agricultural inputs as well as the sowing budget, and as a result, increasing the profit per harvest. “

The fourth component of this successful business model has been the implementation of new technologies, such as the use of a planter donated by the project but also in the creation of new ventures as a cooperative. This has resulted in the generation of secure income that can be used for the maintenance and purchase of new tools and equipment.

“Together with the partners, we are planning to raise money for the purchase of a tractor so that instead of having to hire an external contractor, all the profits will go directly to our cooperative.”

The San Benito No. 1 cooperative rents a planter to other producers and cooperatives. “The rent of the planter costs us C$200 per manzana. Last year, the planter covered 80 manzanas. This goes straight to a special fund that is left untouched. This year, together with the partners, we are planning to raise for the purchase of a tractor so that all the profit of the tractor goes directly to our cooperative,” explains Don Osman.

It is in this way that Nourishing the Future has strengthened capacities and created windows of opportunities for small producers such as Don Osmán, who are now not only capable of dealing with the effects of climate change, but also have the ability to negotiate with a global corporation like Cargill and have access to a support fund managed by the cooperative, guaranteeing sustainability. 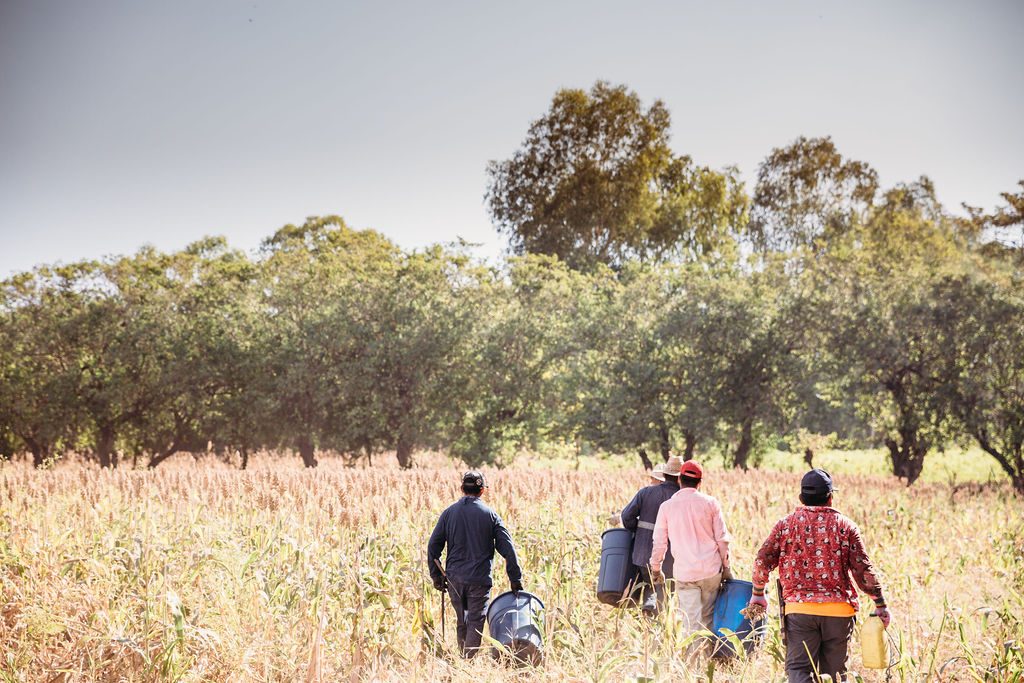