“Whenever my children and I are in need of money, I can sell a calf. I have somewhere from which to help my family. My finances no longer depend on banks or men,” smiles Marcia Vargas, treasurer of the agricultural cooperative “Women of Veracruz”, while sharing her experience during the workshop “Women, Mothers and Entrepreneurs”, an initiative funded by Cargill and CARE. 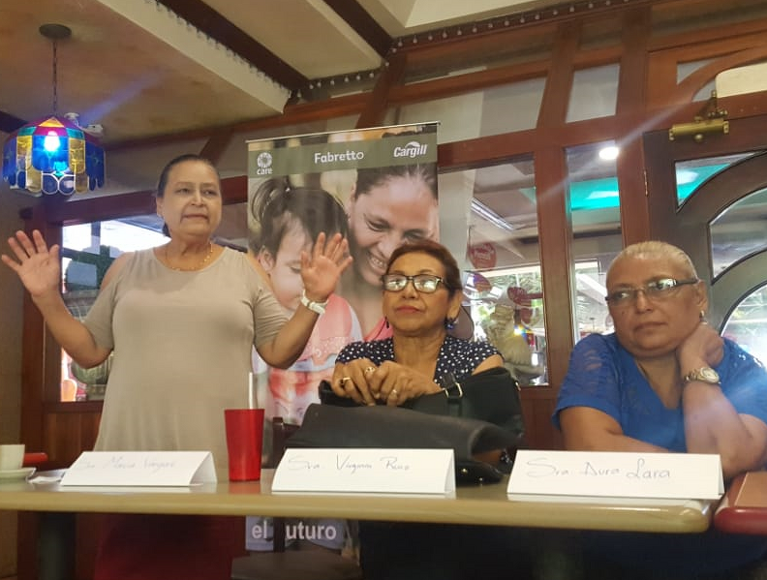 Marcia Vargas, entrepreneur from Masaya, sharing her experience with other women.

“Every start is difficult, but it can be done. As a woman and a mother, you have to be extra organized and put in a lot of effort in order to make it.”

Some of the themes that were discussed during the workshop, included: (1) the importance of being organized, (2) formation of a board of directors, (3) steps to creating a cooperative, (4) the importance of keeping a record book and creating a revolving fund, and (5) respecting regulations and commitments.

“Every start is difficult, but it can be done. As a woman and a mother, you have to be extra organized and put in a lot of effort in order to make it. My oldest son is already an Industrial Engineer, and the youngest graduates next year as a Computer Engineer. As a single mother, the project has allowed me to help them move forward,” says Marcia, while sharing her experience with other women who are interested in starting a business.

To this date, three workshops have been held in Masaya, Tipitapa and Chinandega by Cargill, as part of its Corporate Social Responsibility. A total of 100 women interested in starting a new venture or formalizing a business were able to participate.

The initiative was implemented within the framework of the Nourishing the Future project, funded by Cargill and executed by CARE International in partnership with Fabretto Children’s Foundation. Through this initiative, entrepreneurship is intended to be promoted among women in the cities of Ticuantepe, Masaya, Nindirí, Tipitapa and Chinandega.

Not only was each woman able to share personal experiences, doubts and fears when wanting to start a business, but each participant was also able to have better clarity of the commitment they would be acquiring and the great benefits of starting their own business.

The goal of promoting women entrepreneurship is to respond to the low recognition of women’s economic contribution to the family economy. It also seeks to target their limited access to resources and funding opportunities, which has been a focal point and cross-cutting theme of “Nourishing the Future”. To date the project has generated 20 women-led businesses; 45 women have also developed their business plan, and $51,000 have been directed as trusts for 36 new ventures that are already being financed. 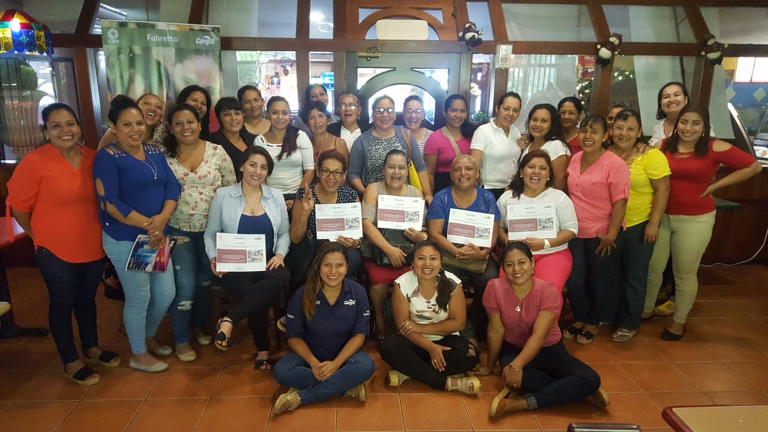