Learning about nutrition through play 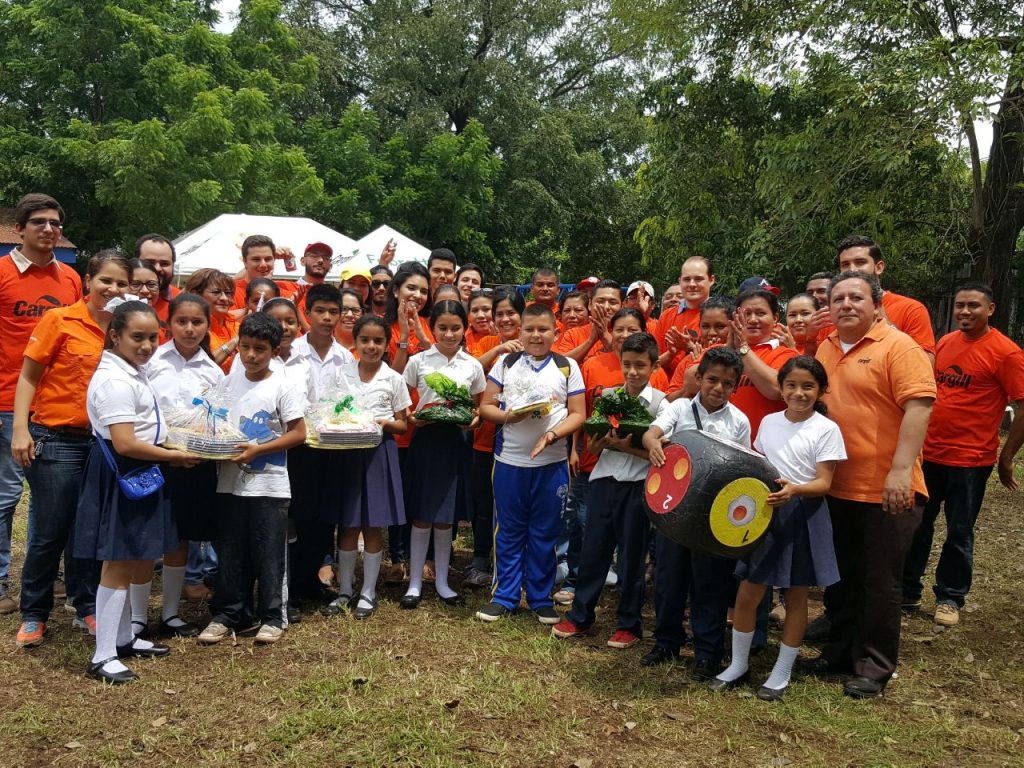 Award ceremony for the students participating in the Final of the Nutriliga de Oriente.

Students from six schools sponsored by the Nutriendo el Futuro Project showed their knowledge about nutrition and hygiene in the development of the Nutriliga de Oriente. These actions are developed with the participation of Cargill’s voluntary partners and as part of this program’s initiative Nurturing the Future by CARE, in partnership with Cargill and implemented in Nicaragua, by the Fabretto Foundation. 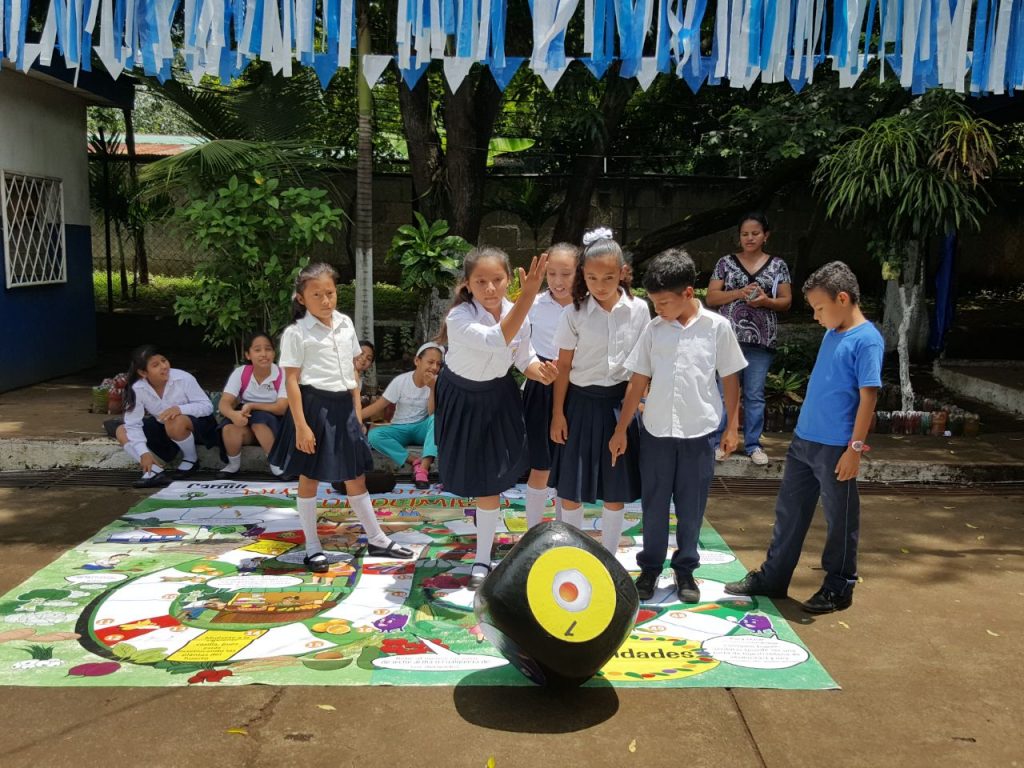 To develop the Nutiliga the game “Nutriendo Conocimientos” was used, which has a board with numbered boxes, a dice and some cards with questions and instructions.

“Children love to play and with the contest they reinforce their knowledge about healthy eating” says Adriana Guadamuz, Director of the Sarita Mora School in Tipitapa. 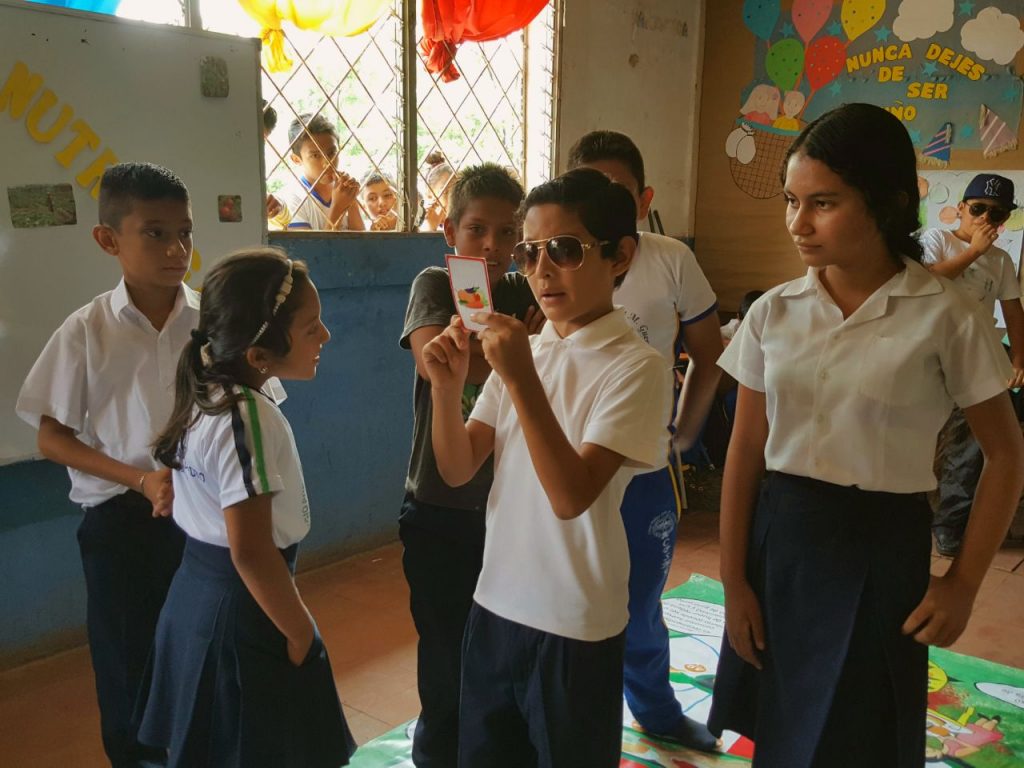 In 2015 the Nutriliga was developed for the first time in different towns. At that time, the John Douglas School in Masaya won the first place, in Tipitapa it was the Sarita Mora school and in Chinandega, the Jesús de Nazareth school.

The game “Nutriendo Conocimientos” was a tool designed to approach, in a playful way, various nutritional topics in schools with elementary students. In addition to the design of the board art, we counted on the guide of nutrition specialists to define the questions and habits that need to be improved. To date this game has been a great reference for the students of the project.