Cargill Continues to Strengthen the Capabilities of Sorghum Producers

For the fourth consecutive year, small producers of sorghum from western Nicaragua have sold their harvest to Cargill’s feed mill for broiler chicken located in Chinandega.

The commercialization of sorghum between small producers and Cargill is part of the Nourishing the Future Project, a corporate social responsibility initiative that Cargill has developed in partnership with CARE International, which is in turn executed by Fabretto Children’s Foundation in Nicaragua. 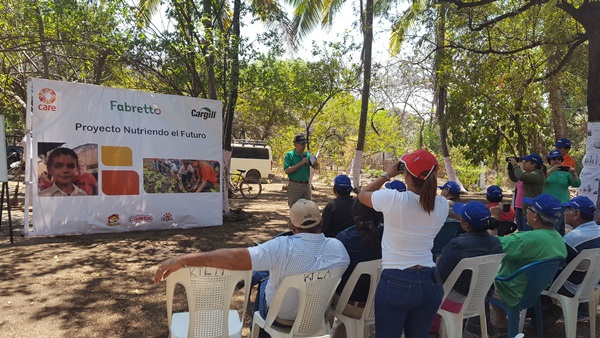 Alfredo Vélez, Vice Presidents of Corporate Affairs of Cargill Nicaragua, addresses the media during the event

This Thursday, March 22, Cargill gave the producers of the cooperatives Los Maribios, San Benito, and Los Pellizcos in Chinandega a check for an amount of more than $58,000, which corresponds to the commercialization of 6,000 quintals of sorghum.

The cooperatives have also retained about 2,000 additional quintals to guarantee the feeding of their livestock and to take advantage of new pricing opportunities during the month of July.

“Nourishing the Future has allowed us to have a positive impact on 240 small producers who have achieved a yield of 38 quintals per manzana. The project has also helped incorporate the use of new technologies in the sowing, fertilization, and harvesting of basic grains,” said Alfredo Velez, Vice President of Corporate Affairs of Cargill Nicaragua.

Nourishing the Future directly impacts 6,468 people from six municipalities and 26 schools adjacent to Cargill processing plants as part of Cargill’s commitment to nourish and develop the communities to which it belongs, emphasized Cargill Nicaragua’s Vice President of Corporate Affairs.

The symbolic delivery of the check to the cooperatives of small producers of sorghum was carried out in the community of San Benito. 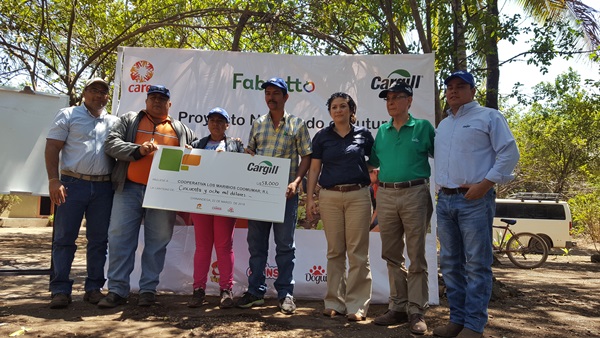