“Nourishing the Future,” a project sponsored by Cargill and CARE that is executed by Fabretto in Nicaragua, promotes healthy eating habits for the students of schools located in Tipitapa, Ticuantepe, Masaya, and Chinandega.

During the month of January, a series of activities were carried out that included the tasting of soy-based meals, plays, raffles, dances, and contests to encourage students to eat more fruits and vegetables, have a healthier diet, and decrease the consumption of junk food and sugar. 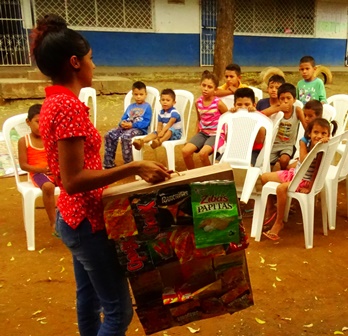 The presentation of the play “Diet”, was one of the most important activities carried out during the awareness campaign. The cast was made up of young people trained in performing arts by the Promoters of Culture Association (APC). The play was one of the main attractions during the development of the activities in the schools because they were able to raise awareness about healthy consumption habits for students through acting, creativity, and satire.

Ada Francis Chávez, a member of the theater group “Las Rafaelas” of Chinandega, said: “We really liked the presentation, and we learned about the importance of eating well.”

The mothers who belong to the School Meals Committees (CAE) participated in workshops where they learned about the benefits of soy and also learned how to cook with it. During the event, they cooked various soy-based dishes for the student body to try. The Nourishing the Future project’s team of nutritionists also supported the schools during these activities.

*The Nourishing the Future project organizes talks on nutrition and food security, facilitates access to better nutrition, supports the creation of school gardens, and infrastructure improvements in schools. 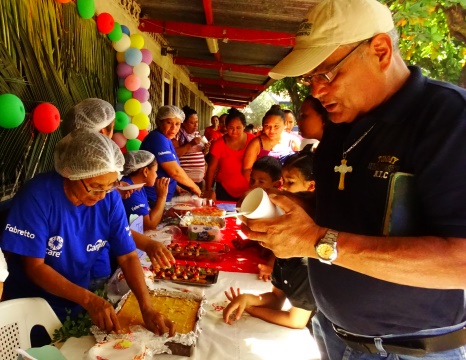 Mothers from Chinandega presented different soy-based recipes to the community