The following is an adaptation of a speech that I delivered at Fabretto’s Night for Niños event in Chicago on November 3, 2017.

…and so went my childhood.

My older sister Renee — 13 years older — would try to get me out of the house as much as she could. When she was in high school, she would take me to football games with her and her friends. She would even take me on her dates with her.

And later, when she had a family of her own, I would regularly spend the night at her house and we’d play monopoly until the wee hours of the morning. But like every relationship my mother ever had, my mother’s manipulative and abusive ways drove my sister away… which, when I was 14 years old, meant she was driven away from me too. 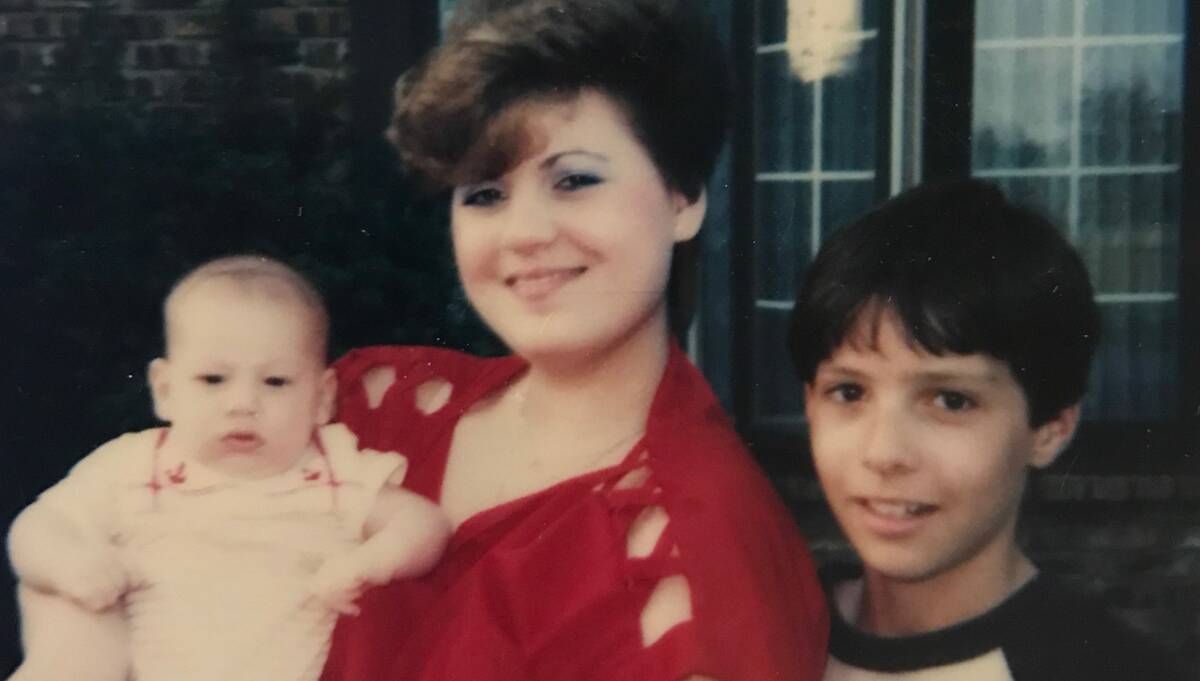 I went about my high school years spending as little time at home as I could. I turned my bedroom into a little apartment, with a couch, a tv, a mini-fridge… so that I didn’t have to interact with my mother. I spent most of my teenage years at my friend Adam’s house — where I was exposed to how a normal and healthy family behaved. Adam’s dad made the best London Broil… still makes my jaw tingle thinking about it.

I couldn’t wait to go away to college. It would be my escape and I would never look back. But when that time came for my first semester tuition — without prior warning — my parents told me that they weren’t going to pay for my college, which left me with no options.

Then, only a few weeks past my 18th birthday, after an incident in which my mom intentionally damaged my friend’s car, I left home — under a police escort — with $37 in my pocket and the shirt on my back. I remember that it was $37 because when I went to the bank to get my money out, I expected there to be a lot more. My parents had emptied out my savings account. And I specifically remember the shirt I was wearing because I had won it in a taco eating contest at Taco Bell. It was a Rocky & Bullwinkle shirt.

For the next couple of weeks, I bounced around my friend’s houses—borrowing clothes and looking for a job. Then, on July 12th, 1993, I showed up at my sister’s house on the day of my niece’s birthday — with a gift for her. It was the first time I had seen my sister and her family in over 3 years because my parents had forbid me from seeing her. My sister’s reaction (after the crying died down) was to say “go get your stuff, you’re moving in with us.” To which I replied “I don’t have any stuff”… which triggered a whole new session of crying.

Over the course of the next year, I bunked up with my nephew, who was 7 at the time (literally… I was on the top bunk, he was on the bottom bunk)… my sister’s husband gave me a job. And eventually, Renee helped me move to Pennsylvania — where I rented a crappy 1-bedroom apartment with cigarette smoke-stained walls, and a furnace that would heat only one room. I worked about 70 hours a week in fast food jobs — just to be able to keep my 1975 Plymouth Duster from falling apart. I didn’t know what the future would hold. I tried not to think about it. I was directionless. I was lost.

I was appointed as the first-ever Creative Director of the White House by President Barack Obama.

While mixed up in politics, I crossed paths with Michael Slaby, who ran technology for the 2008 and 2012 Obama campaigns. I was immediately drawn to Slaby… he was a visionary, a smart ass, a know-it-all, and most of all — driven.

“Are you crazy? That’s a TERRIBLE idea… I already have a great job and my wife is 9 months pregnant…

And it was through Timshel, where I connected with mi hermano de otra madre, Kevin Marinacci.

The first time I met Kevin and his father Carl, we shared an Italian feast and a bottle of wine. It doesn’t get more Marinacci than that. There’s no better way to get to know someone.

As we broke bread, Kevin explained the challenges that his organization, Fabretto Children’s Foundation, was facing. He was looking for some ill-defined directional guidance. And what that first meeting led to was a relationship over the next 4 years that included the Timshel team helping with:

Also during this period of significant transformation, Fabretto faced more than its fair share of unforeseen challenges… the type of challenges that would cripple a lot of organizations. Kevin and the rest of the Fabretto team could have thrown their hands up and said “Well, we had a good run. Time to pack it up.” But when 20,000 kids, their families and teachers depend on you for their education, their nutrition, their vocational training, their teacher training… You do what you have to do. You find a way. And today, Fabretto is better positioned than ever before to scale their services and deliver on their mission.

But here’s the thing…

It can’t be done without the help of people like you — EACH of you. And the people you know. The Fabretto story is one that needs to be told.

These people are my heroes. They don’t wear capes or emblems on their chest. They’re mere humans. Heroes aren’t defined by what they can do, but by what they choose to do… and what they overcome in service of helping others and growing as humans.

Chico is a hero.

Heroes overcome all obstacles in order to learn and grow…

Carmen is a hero.

Heroes find purpose and meaning in giving their time, money, and talents to good causes…

Peter is a hero.

Meanwhile, back in Pennsylvania, when I was 19 and flipping burgers…

I got a phone call from my friend Adam’s dad — remember the guy who made the London Broil? — he told me that if I moved back to Chicago, he would get me into Northern Illinois University (even though registration was closed) and he would cover my tuition costs. So of course, my sister emptied out her minivan and headed back to Pennsylvania to get me and bring me home.

And when Adam’s dad handed me that first check to cover my first semester of tuition, I was overcome with gratitude and a little bit of guilt. I asked him… “what can I ever do to repay you?” His response…

“When you’re in my position some day, do this for someone else.”

I am humbled, honored, and overwhelmed to have the opportunity to support the heroes of Fabretto.

Fabretto’s mission is to empower underserved children and their families in Nicaragua to reach their full potential, improve their livelihoods, and take advantage of economic opportunity through education.

To help support this important cause, please consider making a contribution today.