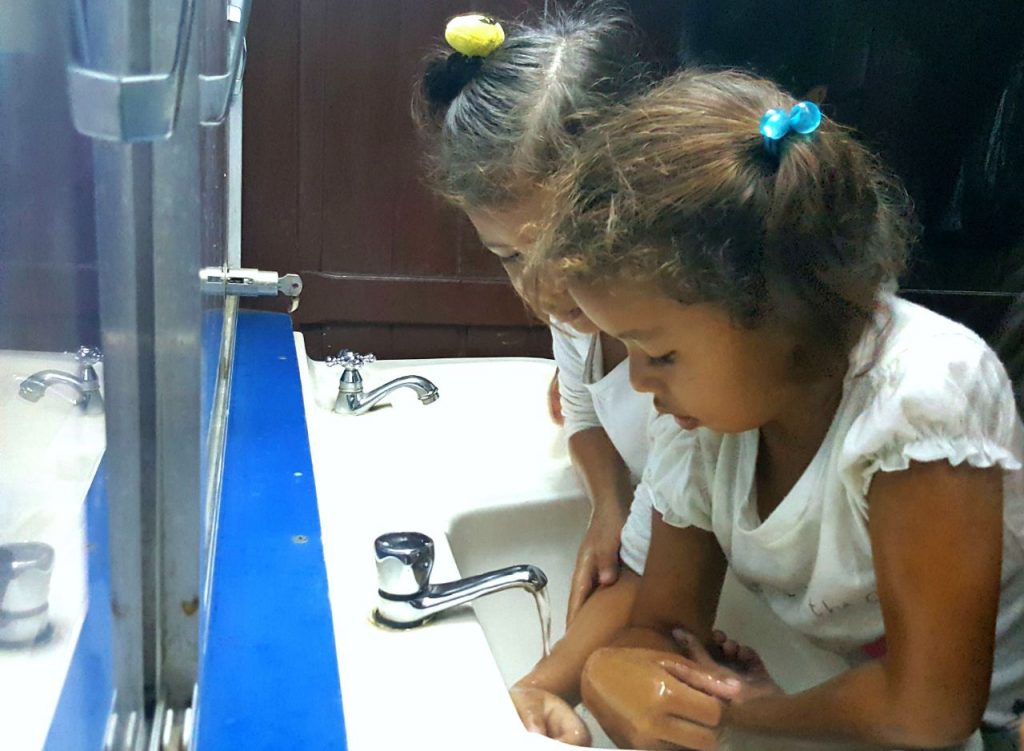 These centers are part of the 26 municipalities supported by the Project Nutriendo el Futuro since 2015, funded by CARGILL in partnership with CARE International and executed in Nicaragua by Fabretto Foundation. The girls and boys in these schools are prone to malnutrition and diseases such as influenza and gastrointestinal infections, which are preventable with good hygiene habits.

Visits to the four schools were held in August, where over 700 students participated. In addition, four teachers from each center and some parents were previously trained and supported activities within the bus. 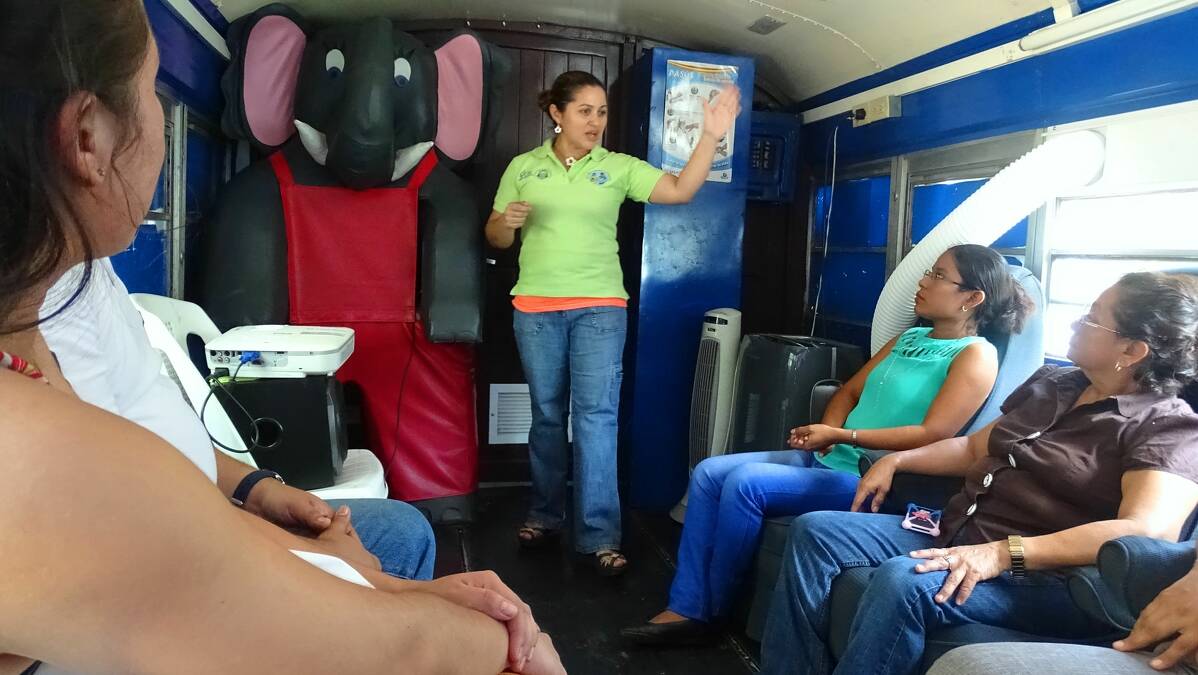 “El Buz Azul” has three compartments: in the first one, a video is played where the main character is the word “Limpito”, which explains the importance, and the proper steps for thorough washing of hands. In the second, the practice of hand washing is done taking into account the recommendations presented in the video. Finally, they continue on to the game called “El Plato Saludable”, developed by students of Nutrition and Health career of the National Autonomous University of Nicaragua. 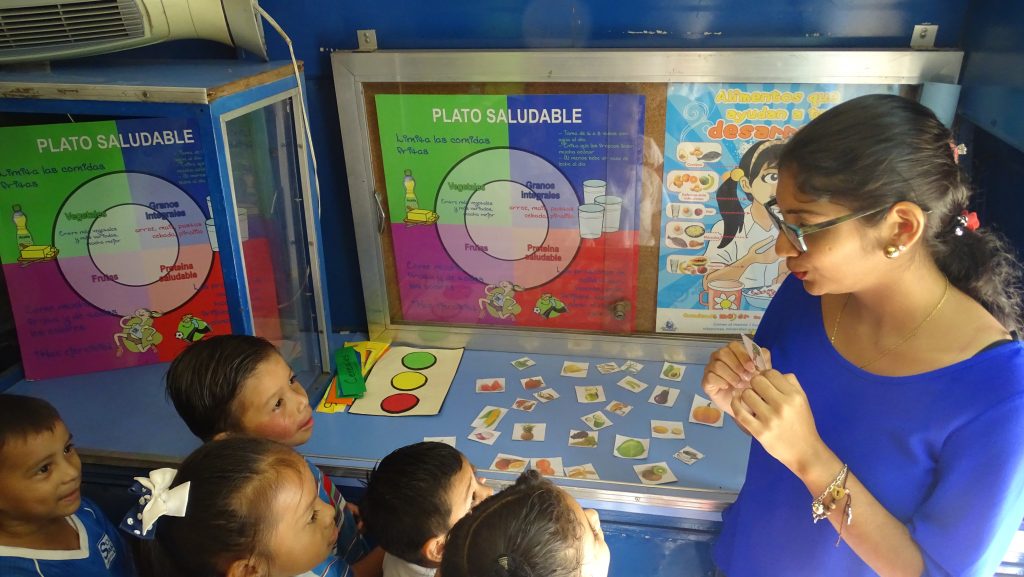 Boys and girls also participated in the educational games “El Dado de la Salúd”, and “ La Liga del Saber”.  “El Bus Azúl” will move on to visiting schools in Tipitapa, where they will target over 400 more girls and boys. 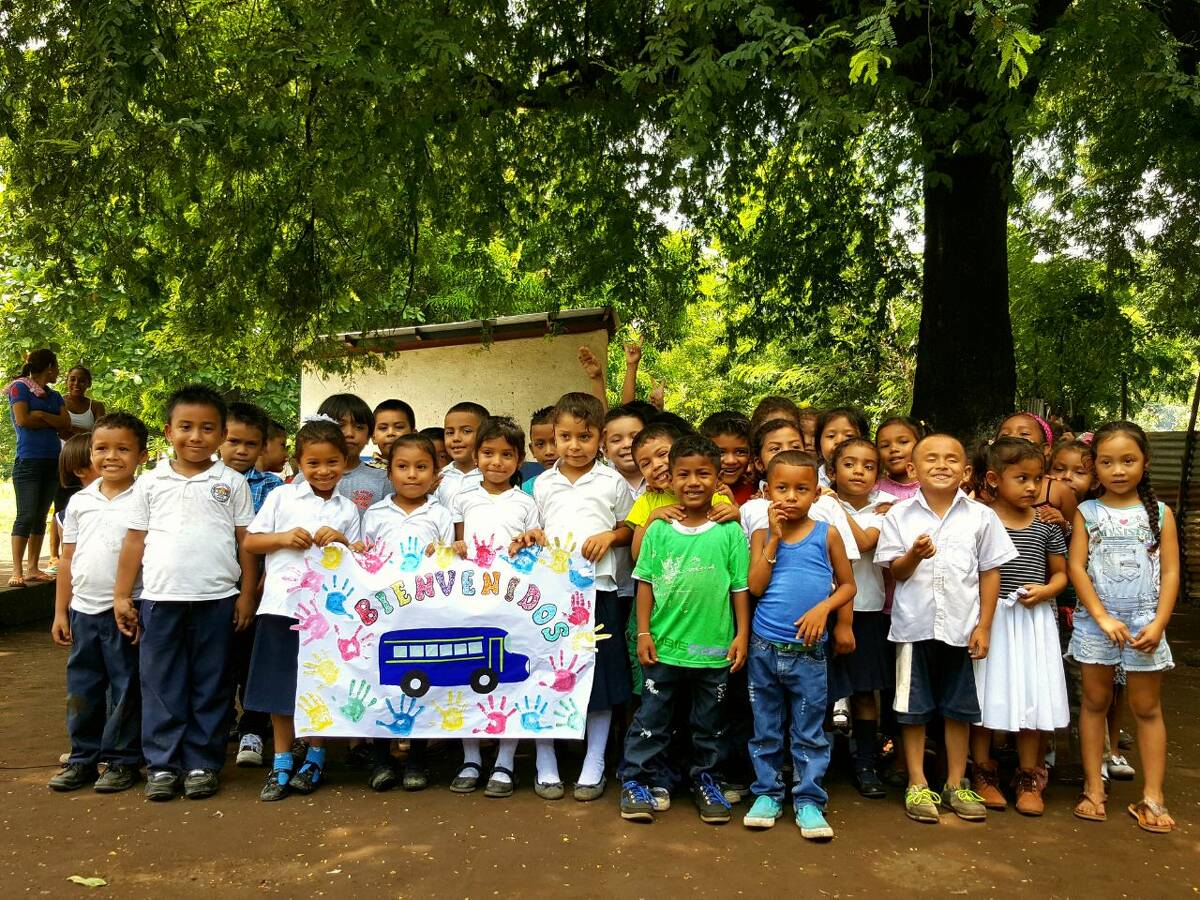 “I liked the activity, the video, everything was nice and it helps me learn how to take better care of myself,” said Marielena Castro, who is in fourth grade at the Solomón de la Selva school of Nindirí.

Manuel López, a sixth grade student from the school Jesús de Nazareth in Chinandega, also commented on the activity: “At school we learned about eating balanced meals, not eating too much sweets or junk food, so I liked the games. We learn more and more. “