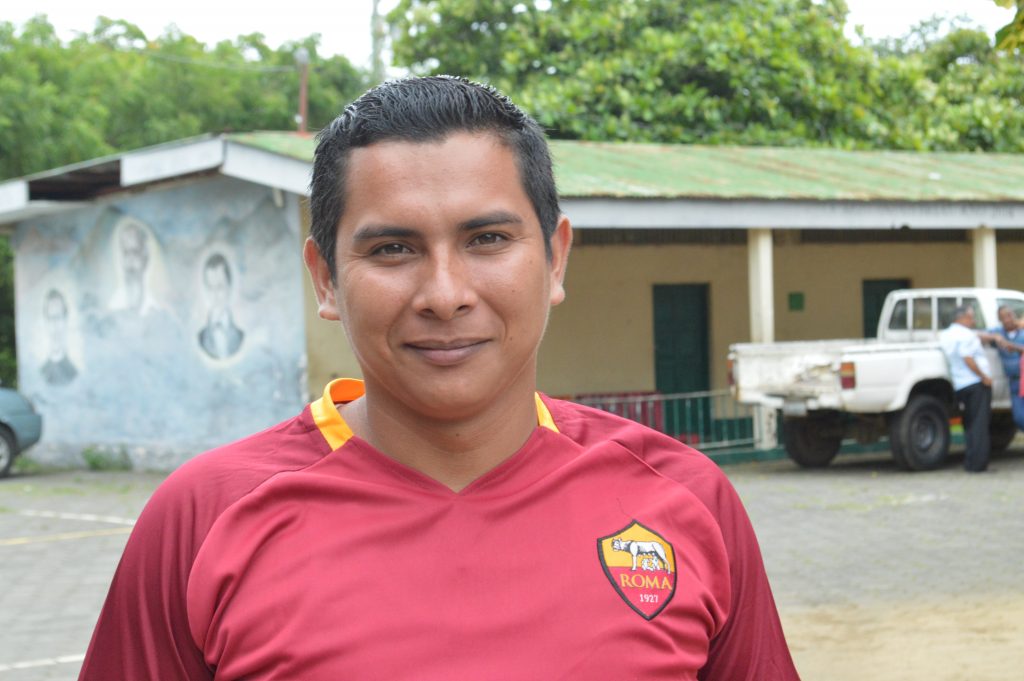 Meet Jeffrey. Jeffrey was part of the first class to graduate from Fabretto’s SAT program in Nicaragua.

Today, he is an involved and dedicated tutor at the Fabretto Education Center in San Isidro de Bolas, a semi-rural center in the outskirts of Managua. Jeffrey’s main project: a beekeeping initiative implemented by his SAT students. Jeffrey still remembers how his own class founded the beekeeping initiative when he was in 10th grade. Back then, the group had received their first training and the equipment they were given was not of the best quality. Though they lacked experience, they very excited about the project. 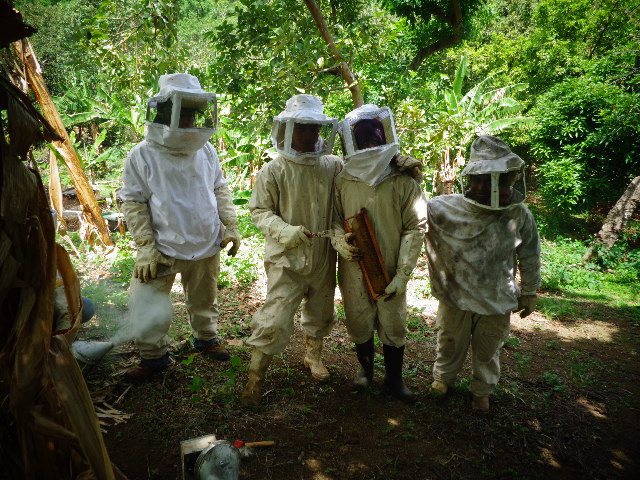 According to a March 2017 report from the Center for Biological Diversity, out of more than 4,000 North American bee species, “Nearly 1 in 4 is imperiled and at increasing risk of extinction.” The extensive use of harmful chemicals and pesticides in modern agricultural practices is in great part responsible for the decline in bee population. Jeffrey and his students are aware of the role bees play in agriculture by being effective pollinators. In addition to beekeeping, these SAT students have learned how to grow crops organically and have started to put this knowledge into practice in their own homes, thus contributing to the reduction of pesticide-use in their community. They are proud to call themselves beekeepers and protectors of a species that is endangered in many parts of the world.

Almost five years later, Jeffrey leads the production and sale of honey with students in their 3rd, 4th, and 5th year of the SAT program. He has received training on the behavior and care of different species of bees, on the treatment of the beehive frames, and on the process of collecting honey. Jeffrey says that “there are few who like beekeeping. It’s risky, and bees can be dangerous.”

Despite the risk, there are currently ten students who are responsible for monitoring the bees and keeping the hives clean, as well as collecting and packaging the honey during the summer. In periods where there are no flowers blooming, beehives can suffer due to a lack of nectar because, aside from being a main ingredient for the production of honey, it is the primary source of food for bees.

In order to ensure the bees’ survival, Jeffrey and his students applied for a loan to purchase sugar to substitute for the nectar. Fortunately, they were able to sell enough liters of honey to repay the loan and even keep some profit. Jeffrey dreams of expanding the project, explaining, “Today, the honey sold in supermarkets is processed and sometimes sugar is added. Our honey is distinguished for its purity. ” 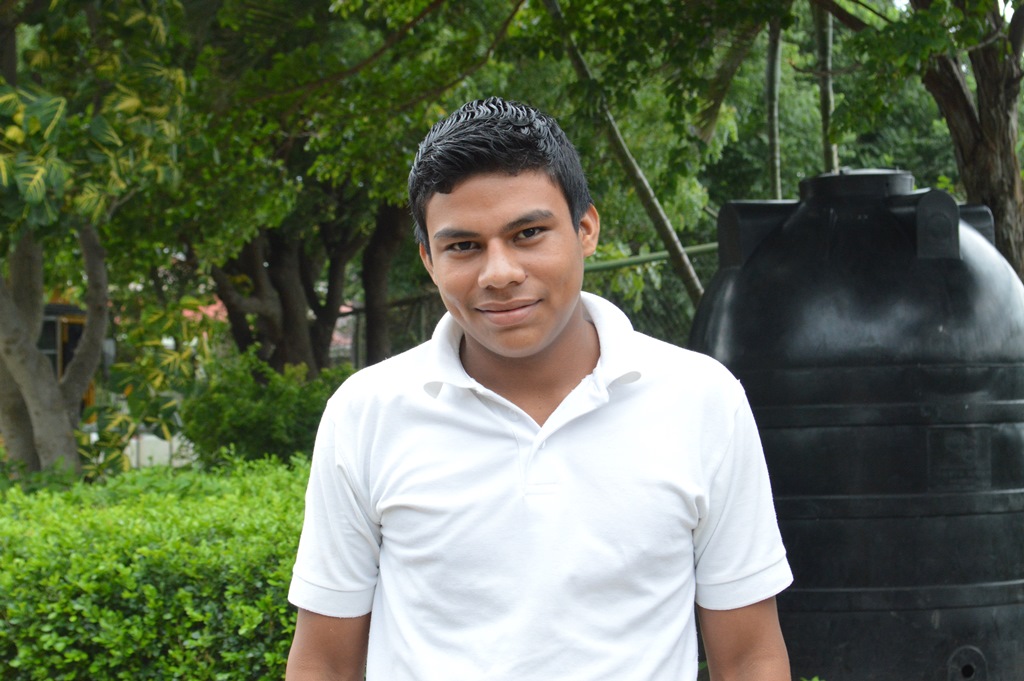 Moises, who is in his 4th year of SAT, is one of the most involved students in Jeffrey’s beekeeping initiative. “Although we know a lot about bees, this is only the beginning. This initiative will offer us many opportunities in the future. Also, it’s a good skill to have and we have learned to live in harmony with these animals,” he shared.

We can all learn from Jeffrey, Moises, and the rest of the SAT students in San Isidro. Together, we can do more to preserve our home. Happy Earth Day!