“I have learned, but I want others to learn too”

A woman with a beaming, self-confident smile, with the power to silence an entire room as she expresses her opinions: this is Hertsoni Dávila, community leader of San Benito, Chinandega.

Hertsoni is the secretary of the San Benito No. 1 Cooperative, but she is behind all decision-making. Her co-producers say that “in reality, she’s the boss.” 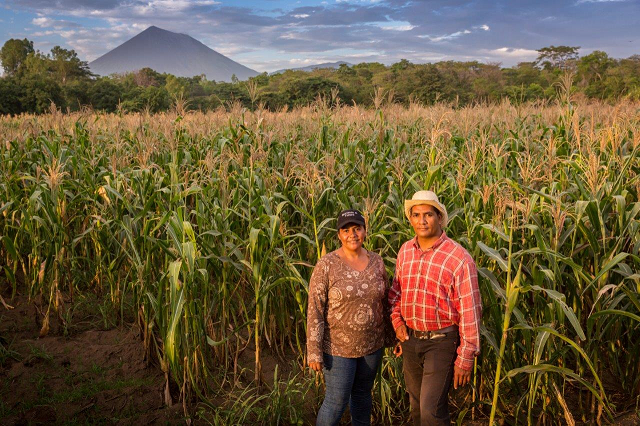 Hertsoni is one of the sorghum producers who benefit from the Cargill and CARE International project, Nourishing the Future, implemented in Nicaragua by Fabretto Children’s Foundation. Her participation in the workshops and training sessions has been outstanding. In addition to obtaining the best qualification in the Agroecology workshops held by the Autonomous University of Nicaragua (UNAN), Hertsoni has shared this knowledge with other producers in her community, with the hope that other, too, can improve yield.

“I have learned, but I want others to learn too, to know, to experiment as I did, and to continue doing so,” says Hertsoni. She also expressed that taking university courses was not easy for her at first because she was only used to cultivating and harvesting “without so many numbers and studies.” 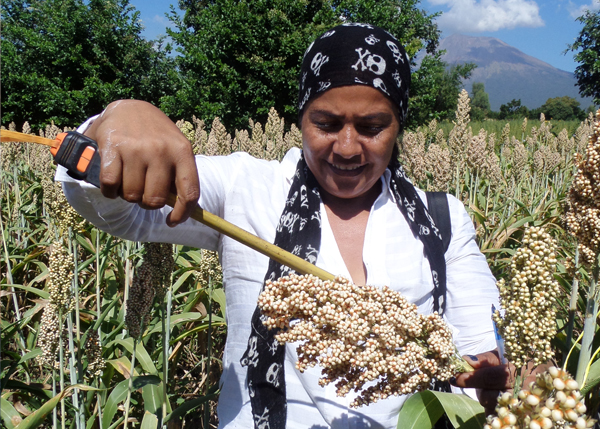 The 50 quintals of sorghum (1 quintal is equivalent to about 3.5 bushels or 100 lbs) that Hertsoni plans to sell to Cargill this year, will add up to approximately 200 quintals sold since the project began. “For me personally, the most important processes are marketing and sales, because that’s where we see profit. We used to spend months without selling, “recalls Hertsoni.

Furthermore, Hertsoni has been a great support to the Miriam Aguirre Elementary School, mainly by helping improve the school garden, which complements the school meals that students receive as part of the Nourishing the Future project.

But everything was not always so rose-colored. Because of past bad experiences, Hertsoni comments that some producers were reluctant to get fully involved in Cargill’s corporate social responsibility initiative. “When the project came, we said: it can’t be true, they must be lying. But now, we have seen the change for ourselves. Most importantly, we have already made some profit, ” she laughingly explains.

Hertsoni’s testimony is a true example of community development, mainly because of her commitment to sharing what she has learned with other producers without expecting anything in return. That is why Fabretto values partnerships with companies like Cargill. Through projects like Nourishing the Future, rural women are contributing to the transformation of entire communities in Nicaragua.

If you would like to support Fabretto’s programs, please donate today.