This is Richard’s Story: “Sponsorship is his Motivation”

“Knowing he is sponsored has motivated Richard so much in his studies.” 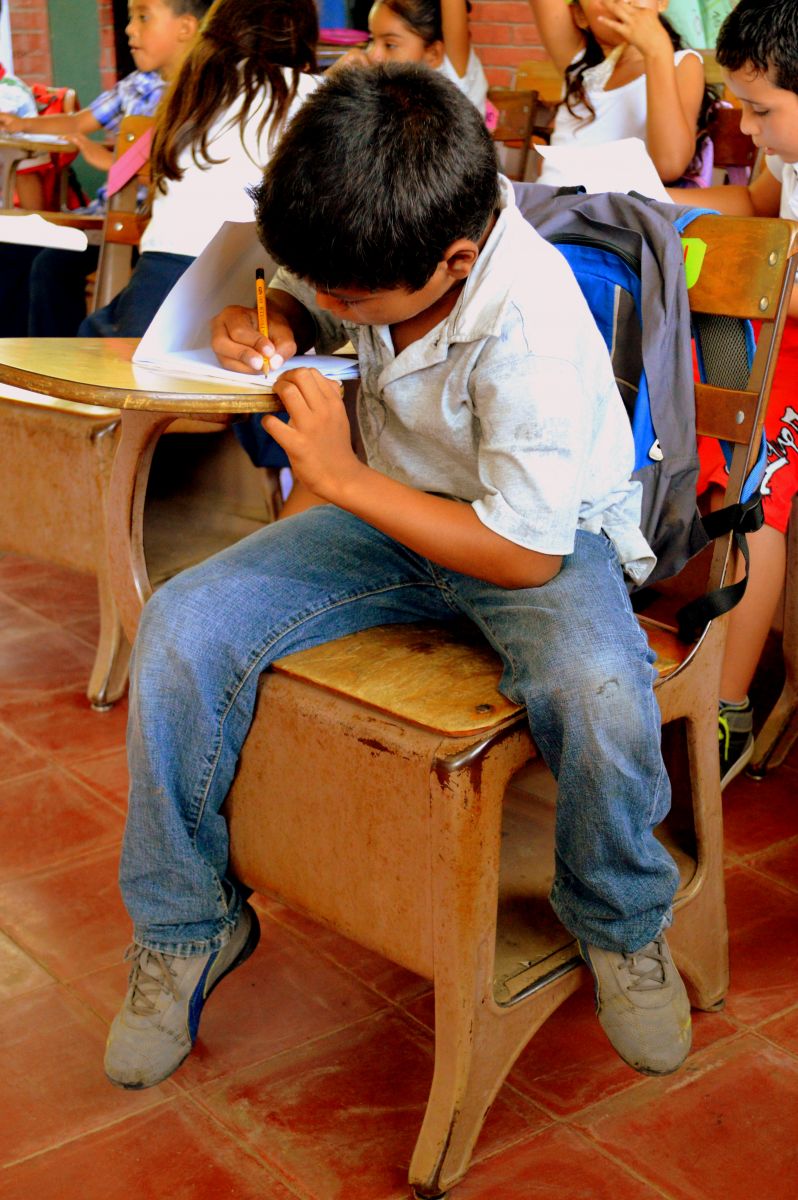 Richard in his second grade classroom

It’s class time in Somoto, which means that most Nicaraguan students are piling into classes of up to 40 students from two or more grade levels.  But Richard, a Fabretto second grade student, has the unique opportunity to learn with just 15 other second graders through Fabretto’s new formal education program.  Each day, he settles into his desk to participate in interactive lessons planned by his Montessori-trained teacher.

Richard entered the second grade not knowing how to read, a skill normally required in order to pass first grade. Rather than hold him back a grade level, his parents decided to send him to Fabretto’s formal education program where he was guaranteed the personalized attention he needed. Since then, Richard has also become a Fabretto sponsored student.

Sponsorship has helped motivate Richard immensely. His teacher, Sindy Consuelo, says that Richard knows he is sponsored and, “it motivates him to know that there is a family abroad supporting his studies.”  Richard’s teachers and the staff at the Fabretto center pay close attention to his absences to ensure that he stays in school and succeeds. Whereas at his old school Richard felt little motivation to attend class and often skipped school, he loves spending time at the Fabretto center. Although he lives a short walk away, Sindy says, “He spends the whole day here – he attends class in the mornings and to my enrichment class in the afternoons every day.”

The attention that sponsored students receive at school is particularly important. As in Richard’s case, many children do not have a family member at home to support and motivate them to attend school every day or do their homework.  Luckily, Richard receives this support from his sponsor and Fabretto’s education programs.  Now, Richard has caught up to his classmates and can read at his grade level. His teacher notes, “Sponsorship has helped him a lot.  He is completely ready for third grade.”