Acahualinca is one of 8 Fabretto Education Centers, where students come after their normal half-day of public school to receive Fabretto programs. Acahualinca may be the smallest of the Fabretto centers, but it is also home to the Nica HOPE cooperative, and has been empowering members of the neighboring communities since it was established in 2008.  Click here to read one of the many success stories from Acahualinca. 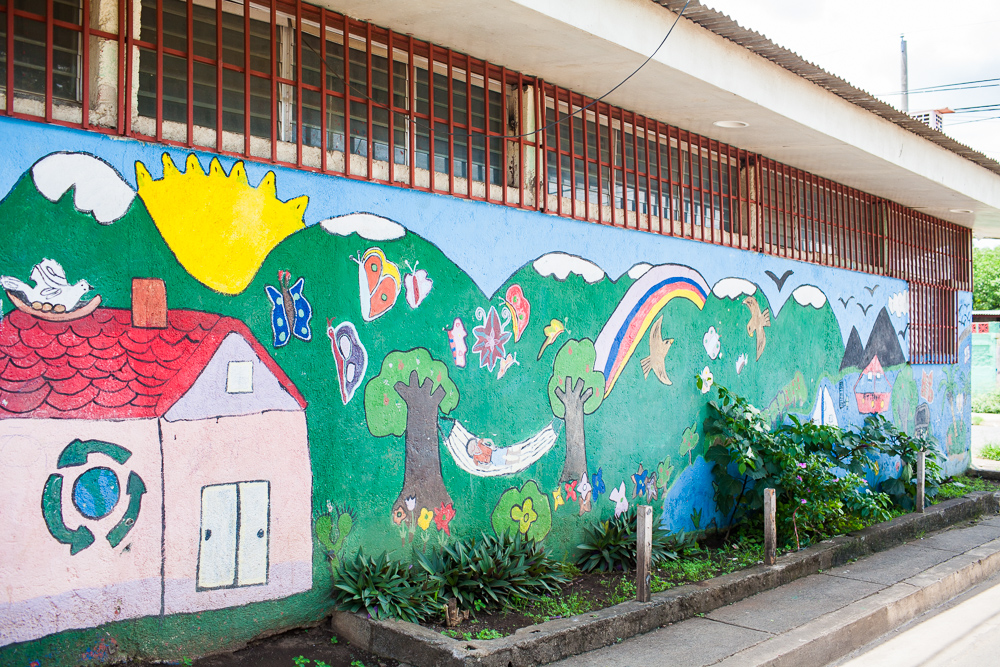 “Acahualinca,” also known as “San Francisco,” is located in the urban department of Managua. Students come to Acahualinca for Fabretto after-school enrichment classes from 5 public schools in the communities of Villa Guadalupe, Acahualinca and Los Martinez, all within one mile of the center. 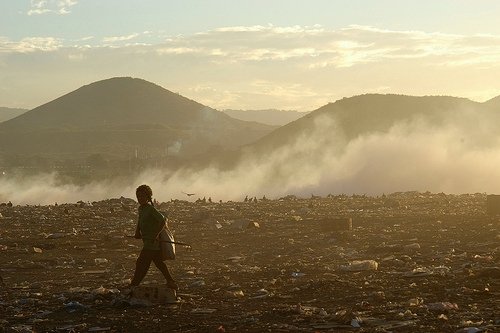 Acahualinca was founded in 2008 as a response to the needs of the community of La Chureca, whose 1,267 members lived in and relied on the Managua city trash dump for a living. Of the population of the La Chureca community, 20% of people over the age of 6 cannot read or write, since it is common to drop out of school before reaching secondary school in order to work in the dump sifting through trash in order to earn a living – an all day job that brings in only $1-2 per day. Furthermore, of the entire population of Acahualinca, the highest level of education reached is 6th grade and most members come from large families which earn an average of $30 per month.

As of 2011, most of the families living in the trash dump moved out of their trash bag and scrap metal homes, into brick houses funded by the Spanish government, which make up a community known as “Villa Guadalupe,” now home to about 1,000 families.

Many of the people who worked in the trash dump are now associated with the Acahualinca center in one way or another – some have children that attend reinforcement classes there, some take shifts preparing the lunches served at the center, or even take classes for parents offered at the center, or perhaps they are members of the Nica HOPE jewelry cooperative which allows them to earn a sustainable income. 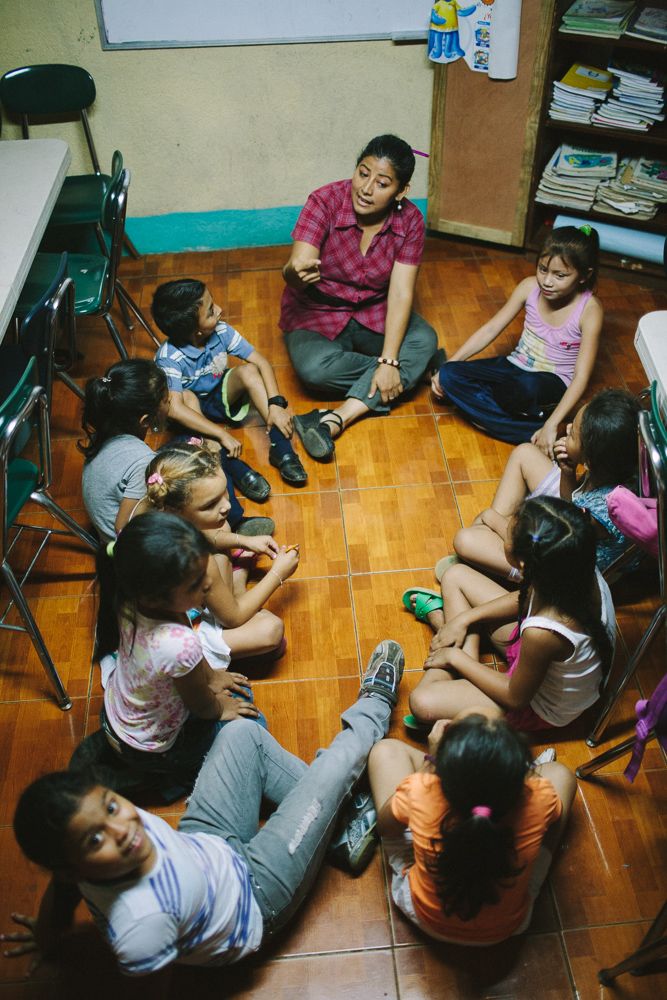 Acahualinca is home to 6 teachers who work in 4 classrooms and 2 computer labs.

200 primary and secondary school students attend after-school enrichment classes at the center, and 50 students come for vocational classes. However, the San Francisco center also indirectly supports the 1,800 students that attend public schools in the neighboring communities, for example with teacher trainings.

47 teachers have received training at the Acahualinca center; 45 in Montessori Methodology and 2 in Open Learning Methodology.

Acahualinca is home to the Nica HOPE jewelry cooperative, which provides alternative work opportunities to Acahualinca youth and families such that they can earn a sustainable income from making jewelry a few hours a week rather than working in the dangerous and unsanitary conditions of  La Chureca trash dump. Thirteen community members are part-owners of the Nica HOPE cooperative, and many more are involved on a part-time basis to earn supplemental income.

The jewelry cooperative has empowered and provided economic stability to women like Sofia, who previously could not imagine a future outside of sifting through trash at La Chureca for a living, but who are now proud business owners and community leaders.

The San Francisco center has just begun to offer additional after-school programs, which students can sign up for and stay at the center to participate in. In addition to coming for reinforcement or vocational classes, students can now also elect to participate in the school government, the reading club, or the 4H club.

If you wish to support Fabretto Centers and ensure that more underserved children benefit from education and nutrition programs, please make a contribution today.